University of Medicine and Health Sciences 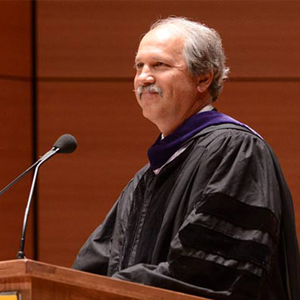 Like many of you, regardless of political allegiances, I was deeply saddened, disturbed, and angry over this week’s events in Washington. In my life I never expected to see our capital come under siege by fellow Americans whose intent was to attack our democracy, our constitution and our duly elected representatives. I am horrified by these events but take solace in knowing that our legislators were not deterred from their solemn oath and immediately took action to ratify and confirm the results of the presidential election.

Now more than ever, regardless of political allegiance, we must commit ourselves to placing the Constitution and the preservation of our cherished democratic traditions above partisan preference and political advantage. Our country is strong, and we cannot let those radical elements whose views have been distorted by misinformation campaigns, have any standing or power to influence our government. I want to be clear; the storming of the Capitol complex is not merely a brazen act by a relatively small group of instigators, it is the direct result of a campaign to sow mistrust in our democracy and to overturn an election that was by all reasonable accounts conducted freely and fairly. These events are made all the more shameful by their futility—they are based on falsehoods and conspiracies that have been rejected in local, state, and federal courts across the country, and they simply will not change the outcome of our democratic process.

As a medical school president, lawyer and fellow American, I fully support the constitution, the laws of the land, and most importantly, our democracy.

Student and staff safety is our top priority. If you have a question, concern or comment about any health or safety issue, please let us know.

Provided by the U.S. Centers for Disease Control and Preventions, and Johns Hopkins University